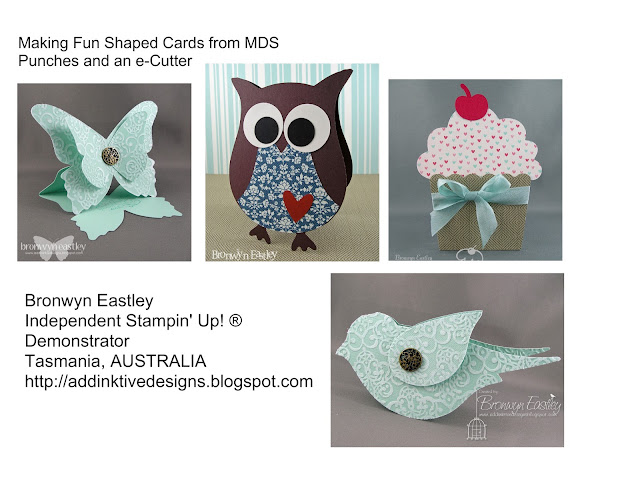 Just popping in to let you know that I have a handful of swaps for the Brisbane SU Convention.  My lovely up-line, Sharnee, (photo below) has kindly allowed me to send some along with her.  They're nothing flash but just a few e-cut cards like the samples in the above picture, as I don't have much spare time these days to be 'fussy'.

I'm also open to swap via snail mail, after Convention, if you don't get a chance to find Sharnee amongst the 700+ people attending this year.  Oh I wish I could be there to join in the fun ... but am really looking forward to attending our son's graduation ceremony instead!

Hopefully, I'll catch up with a few of you in Melbourne later on in the year!