August 23, 2013
Here's the fourth blog post about Stamp Camp.  I hope you are enjoying checking out some of the projects that we made.

When I was demonstrating how to make a card using the digital owl punch, I mentioned that the cupcake punch made a great card too.  Jayne was pretty excited about that as her upcoming daughter's birthday party had a cupcake theme and she needed to make a few invitations.  Problem solved!  She chose the papers, I designed the card, cut out the pieces with my Silhouette Cameo and she assembled them to produce this very cute invitation.  The top of the cupcake lifts upwards and a little tag with the party details is popped into the base of the cupcake. 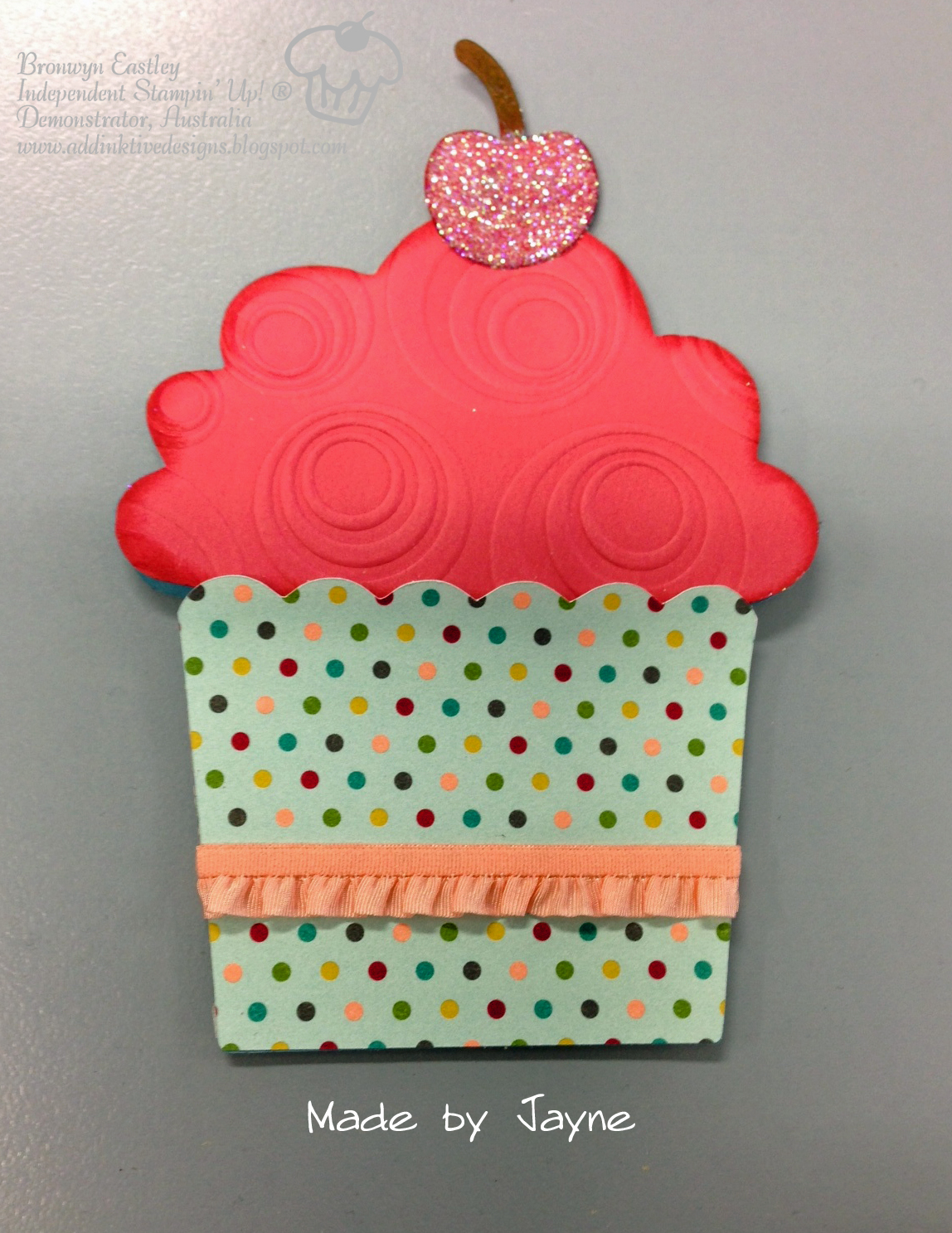 It took Jayne away from her scrapbooking pages until all 6 were complete.  I'm sure it was worth the sacrifice as I heard they were a big hit with her daughter.  Now Jayne has a large item on her wish list as well as lots of digital downloads for MDS. 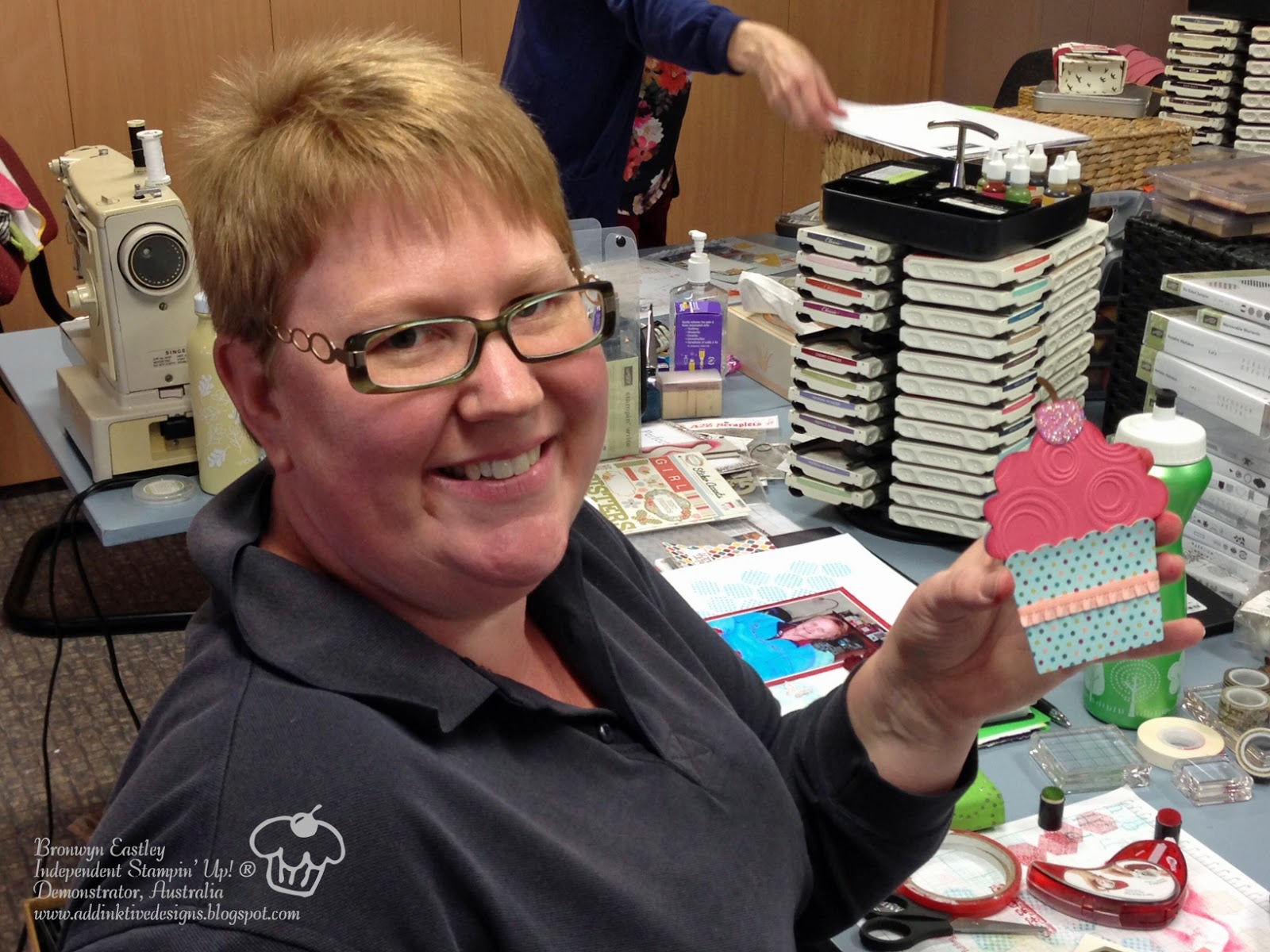 The Smile Says it All!